As the U.S. Global AIDS Program Marks its 15th Anniversary, Policy Makers Call for Resources to Scale Up Lifesaving Services

Despite bipartisan support and remarkable effectiveness, PEPFAR has been flat funded for seven years, which according to experts has curtailed the impact of the program. Senator Patrick Leahy (D-VT) recently proposed a $50 million increase in U.S. funding for the global AIDS response in fiscal year 2019 that was included in the Senate Appropriations Bill. While this increase begins to right the wrongs done by years of flat funding, $850 million in additional funding is needed to finance the level of scale-up in services that is needed. 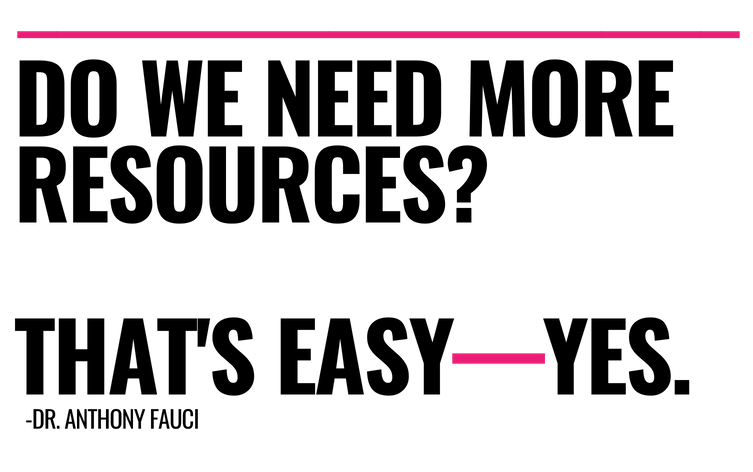 PEPFAR has provided treatment to over 14 million people living with HIV and supported HIV testing and counseling for more than 56.7 million people in poor countries around the world. Speakers at the event also emphasized how investment in PEPFAR was also an investment in the health system overall–beyond the HIV response. Yet, federal funding levels for the program have failed to grow in the face of rising unmet need for lifesaving prevention and treatment services.

Dr. Anthony Fauci, Director of The National Institute of Allergy and Infectious Diseases and one of the architects of the PEPFAR program, noted the need for resources to fully implement new science. “Do we need more resources? That’s easy – yes. For how we use the resources, we need to rely on the experts on the ground.”

Dr. Wafaa El-Sadr, Columbia University HIV researcher and head of a major provider of HIV services in sub-Saharan Africa, agreed with this assessment. Pointing out that critical opportunities for acting on new science and technologies are missed when funding is inadequate, El Sadr asserted that additional funding can “lead countries into action [on rolling out new scientific discoveries] in, not 7 years but, 7 months.”