We wouldn’t be here without ACT UP

Thirty years ago in the United States, an AIDS diagnosis was a death sentence. So little was known about the new disease that was hitting otherwise healthy people – primarily young, gay men – and even less was being done to end the epidemic. The institutional response was willfully negligent at worst and slow-moving at best. Something had to change.

ACT UP flipped the balance of power with seismic results. While taking care of sick and dying lovers, friends and fellow activists, they employed methodical strategizing with gutsy action to change the course of history. They learned the science and became the policy experts. ACT UP took the tradition of nonviolent protest and added audacious flair along with an inside-outside approach that recognized it isn’t enough to be in the streets, you also have to be at the table.

A new paradigm of organizing, strategizing and winning was born, and 30 years later, it’s as relevant and effective as it was on day one – and needed today more than ever. ACT UP New York still meets every Monday, and its members have gone on to apply the strategies learned in ACT UP to many other organizations and justice movements. 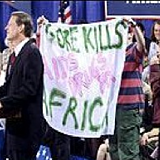 The global AIDS movement owes so much to ACT UP. Health GAP wouldn’t exist today if it weren’t for ACT UP New York, along with ACT UP Philadelphia, Fed Up Queers and others who joined together to work on the then almost unthinkable goal of treating all people with HIV, no matter where they lived.

That coalition that formed Health GAP came together for the pivotal actions forcing then-Vice President Al Gore to drop his bid to punish South Africa for utilizing generic HIV drugs by disrupting his presidential campaign launch and multiple stops along the trail. Health GAP’s partnership with ACT UP continues today, with countless joint actions targeting politicians and pharma, fighting for universal treatment and an end to the epidemic.

Today, 18.2 million people living with HIV around the world are on treatment — a testament to the power of ACT UP and allies who rejected the idea that expanding treatment was too expensive, too complicated or simply couldn’t be done.

On their 30th anniversary, we’re celebrating ACT UP New York and the amazing activists who have fought and won hard battles and changed the course of history in ways too substantial to measure. To those ACT UP members past and present – those we’ll see at the march this afternoon and those who fought from the early days and are no longer with us – thank you. In a world where silence equals death, here’s to many more years of speaking truth to power. 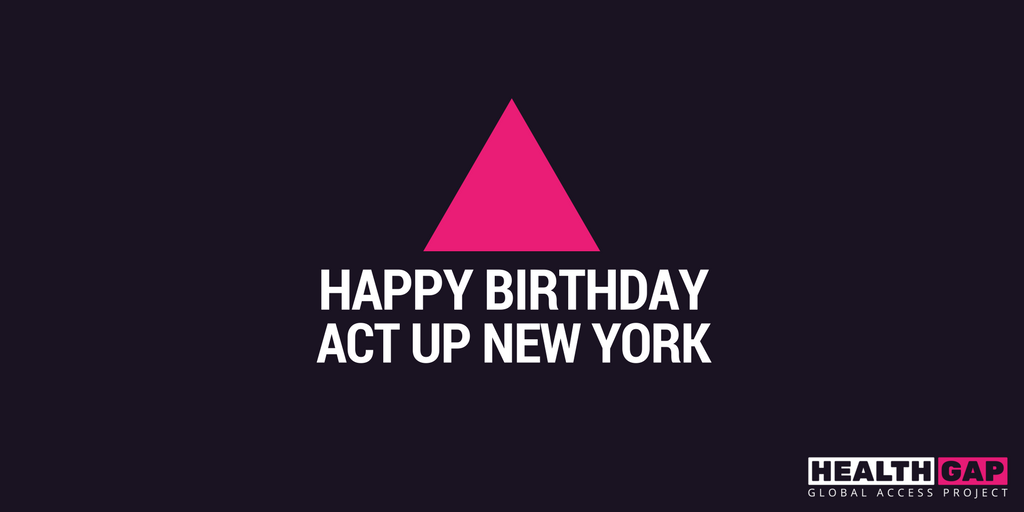 The World is Failing HIV P...