The Global Fund is Needlessly Undermining the Global Response to HIV, Tuberculosis, and Malaria with a Weak Replenishment Goal

Why should advocates credit an analysis that immediately assumes that 18% of need will not be met? The Global Fund starts by making realistic resource needs smaller than they really are, and its analysis assumes that resource mobilization for 2020-2022 can only meet 82% of total resource needs for the three diseases set forth in existing Global Plans for HIV, tuberculosis, and Malaria–even under the best of circumstances. Does it really mean that the world is fiscally unable to raise an additional $6 billion a year out of a $30 trillion global economy? Or does it simply mean that cynical, self-defeating pessimism requires that we must tacitly lower our goals and ignore the millions of lives that will be lost and new infections that will occur as a result? Any credible analysis of a bold investment case must at least highlight the costs of 82% rather than 100% ambition—an analysis that is entirely lacking in this analysis.

Why should we credit an analysis that blithely assumes that low- and middle-income countries that the Global Fund funds will be able to increase their domestic resources for the three diseases from $31 billion 2017-2019 to $45.8 billion 2020-2022 – a total of 48%?  There is no evidence base in the report that supports that rate of increase. The report suggests that figures are extrapolated from co-investment projects without fully documenting the degree to which those projections have historically been met.  Other more direct evidence shows that jumping to an annual rate of increase of 16% is highly unlikely. For example, the 2018 report by UNAIDS, “Miles to Go” documents that domestic funding for HIV alone has increased at a rate of only 4.3% from 2012-2017 (p. 112). A study on trends and drivers of government health spending in sub-Saharan Africa, 1995-2015, similarly shows that such spending has only increased by an average of 4% per year across the entire subcontinent – 12% less per year than the Global Fund projection. The report assumes that domestic funding will magically increase by $15 billion because of GDP growth and increased prioritization of government spending towards health in general and the three diseases more particularly.  It is laudable that the Global Fund will continue to try to convince countries to invest more domestically, and invest in evidence based and human rights supporting interventions. Innovative financing opportunities might help. But the interventions listed in the report have no realistic chance to catalyze the imaginary $15 billion increase in domestic spending that the Global Fund assumes will occur.

Why should we believe that unquantified savings from innovation, collaboration, and efficiency will unleash sufficient resources to dramatically contribute to health outcomes for the three disease?  The report argues that innovation, increased collaboration, and improved program efficiencies are needed to get the response back on track.  It also assumes that those changes will occur without identifying the expected innovations, collaborations, and efficiencies that must actually occur let alone the cost savings that will result.  One example of such unproven assumptions is that the price of medicines will continue to decline significantly but no market analysis presented to support such an assumption. The report does a somewhat better job of identifying opportunities to execute programming more efficiently, but even here it ignores important realities including the difficulty and additional costs of reaching currently underserved populations, including adolescents, men, and key populations.  Will these innovations, collaborations, and efficiencies free up $1 or $10 billion? There is no indication of which. Nonetheless, the report emphasizes that these innovation, collaboration, and efficiency interventions will be essential to achieve predicted impacts.

Why should we accept the Global Fund’s suggesting that donors can continue to flat fund the global response–with the exception of a modest $1.8 billion increase to its own three-year budget? Maddeningly, the Global Fund blithely assumes that donors will not commit additional resources to the three diseases, suggesting that this prediction originates from research by the Institute for Health Metrics and Evaluation.  Civil society’s experience of donor resource mobilization is that it is responsive to articulated need and political pressure.  The Global Fund, perhaps unintentionally, is giving donors a free pass to flat-line their commitments–or even cut their support. The Global Fund is signaling to donors that the off track response to the three diseases can get back on track with only the most minimal of new contributions–$600 million per year to the Global Fund. When taken together with the Global Fund’s much larger assumed increase in domestic financing and programming innovations and efficiencies, this can only be considered a deeply cynical overselling of the impact of minor increases to the Global Fund. It also it undermines efforts to increase funding for PEPFAR, for Unitaid, and for other bilateral and multilateral initiatives.

One small sliver of hope buried in this unambitious replenishment goal is that it argues for at least $14 billion.  The “at least” must be emphasized and concretized. The Global Fund Secretariat and its allies must emphasize this replenishment scenario leaves massive gaps in coverage, that many of its co-funding assumption are a house of cards and that a replenishment of $14 billion will actually hold back greater ambition from other funding sources. In pursuing replenishment, the Global Fund should seek far more than $14 billion over three years.  Certainly it should urge greater commitment and increased domestic resource mobilization, but it should also turn the spotlight on donors’ false claims of resource constraint–but this only happens when the Global Fund calls for replenishment needs based on an honest accounting of actual needs. 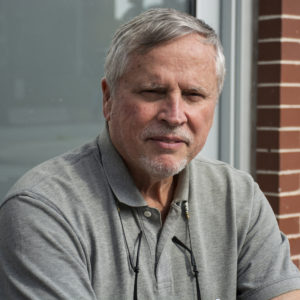 About the author: Brook Baker is a senior policy analyst for Health GAP (Global Access Project) and is actively engaged in campaigns for universal access to treatment, prevention, and care for people living with HIV/AIDS, especially expanded and improved medical treatment. He is also a professor of law at Northeastern University and an honorary research fellow at the University of KwaZulu Natal in Durban, South Africa.

The World is Failing HIV P...