Ryan’s Budget Plans Are Deadly for People with HIV in the U.S. and Around the World

(December 1, 2016) Washington, D.C. – Ten AIDS activists were arrested this afternoon while staging a sit-in at the office of Speaker of the House Paul Ryan in protest of his and Congressman Tom Price’s plans to dismantle the U.S. healthcare system that the global HIV response depends on. People living with HIV, students, nurses, and others took over the hallway outside Ryan’s office, holding signs and banners reading “Ryan & Price’s Healthcare Dream is a Nightmare for People with HIV.”

AIDS activists delivered a letter to Ryan’s office and to the office of Congressman Price, who is the incoming Trump administration’s nominee for Secretary of Health and Human Services (HHS). They were arrested and taken to Capitol Police headquarters at 119 D St. NE after sitting down and refusing to leave Ryan’s office until the Speaker committed to reverse course on budget plans that would be deadly for people living with HIV.

Speaker Ryan, the most powerful person in Congress, has for years pushed to repeal the Affordable Care Act (ACA), privatize Medicare, end Medicaid as we know it and slash billions from “discretionary” programs, putting funding for global AIDS programs at risk. Georgia Congressman Tom Price, the House Budget Committee Chair, has been Ryan’s close ally in that work — literally authoring the legislation that would unravel the healthcare safety net as we know it. Given the results of November’s elections and President-elect Trump’s selection of Congressman Price as Secretary of Health and Human Services, Ryan will have the power to make much of his agenda a reality – with devastating consequences for people with HIV.

“Paul Ryan and Tom Price’s corporate healthcare dreams are a nightmare for people with HIV,” said Bryn Gay of the Treatment Action Group (TAG). “Their deadly budget plan is an unprecedented attack on people with HIV, the likes of which we have not faced for years. Ending these critical healthcare programs as we know them puts our lives at risk. But AIDS activists are no strangers to a fight, and we won’t accept millions of people having their access to healthcare cut off in exchange for a tax cut for billionaires.”

The majority of people living with HIV in the U.S. rely on national programs for their healthcare – 25% on Medicare and 40% on Medicaid. Repealing the ACA would leave 1 in 15 Americans, including millions of people living with or at risk for HIV, without healthcare or access to life-saving medicines. Ryan’s plan to block grant Medicaid and put hard caps on spending – disregarding inflation or an increase in the number of people who need the program – would allow states to dismantle the largest source of healthcare coverage for people with HIV in the U.S.

“Paul Ryan’s plan hands our families’ healthcare over to corporations who don’t give a damn about us,” said Wayne Starks of VOCAL-NY. “AIDS activists are not about to let corporate welfare take priority over our healthcare, or the healthcare of every Medicare or Medicaid recipient in America. We’re here to tell him to keep his corporate hands off our healthcare!”

“Medicare, Medicaid and the ACA are the difference between life and death for millions of Americans with HIV,” said Jose DeMarco of ACT UP Philadelphia. “Paul Ryan and Tom Price are planning to pull the rug out from under us, but we’re not going to let that happen.”

Speaker Ryan has proposed cutting billions from “discretionary” funding, which includes funding for foreign aid and global HIV programs such as the United States President’s Emergency Plan for AIDS Relief (PEPFAR), which supports life-saving HIV treatment for 9.5 million people – 1 in 4 of all people living with HIV around the world. Unlike the majority of his Congressional colleagues, including dozens of members of his Republican conference, Speaker Ryan opposed the reauthorization of PEPFAR in 2008, signaling his willingness to make devastating cuts to the program. Furthermore, Ryan’s budget would, at a minimum, make it impossible to reach the $2 billion in additional annual resources needed to fully fund PEPFAR and the Global Fund – and could very likely mean cuts to those critical programs.

“More than half of people living with HIV around the world are not accessing treatment, and millions of people are dying unnecessarily because of austerity budgeting like Paul Ryan’s plan,” said Asia Russell of the Health Global Access Project (GAP). “Global HIV funding was slashed in 2012, and is still $500 million short of previous levels. If Paul Ryan’s proposals are enacted, we will face a resurgent HIV crisis, resulting in more unnecessary deaths and more unnecessary infections.”

Last year there were 2 million new infections around the world, including far too many in the United States. This can be prevented with expansion of HIV treatment and prevention for all. But if the next administration fails to act, millions more could die. Activists are calling on Speaker Ryan to fully fund global AIDS and preserve the domestic healthcare programs that are a matter of life and death for people with HIV. 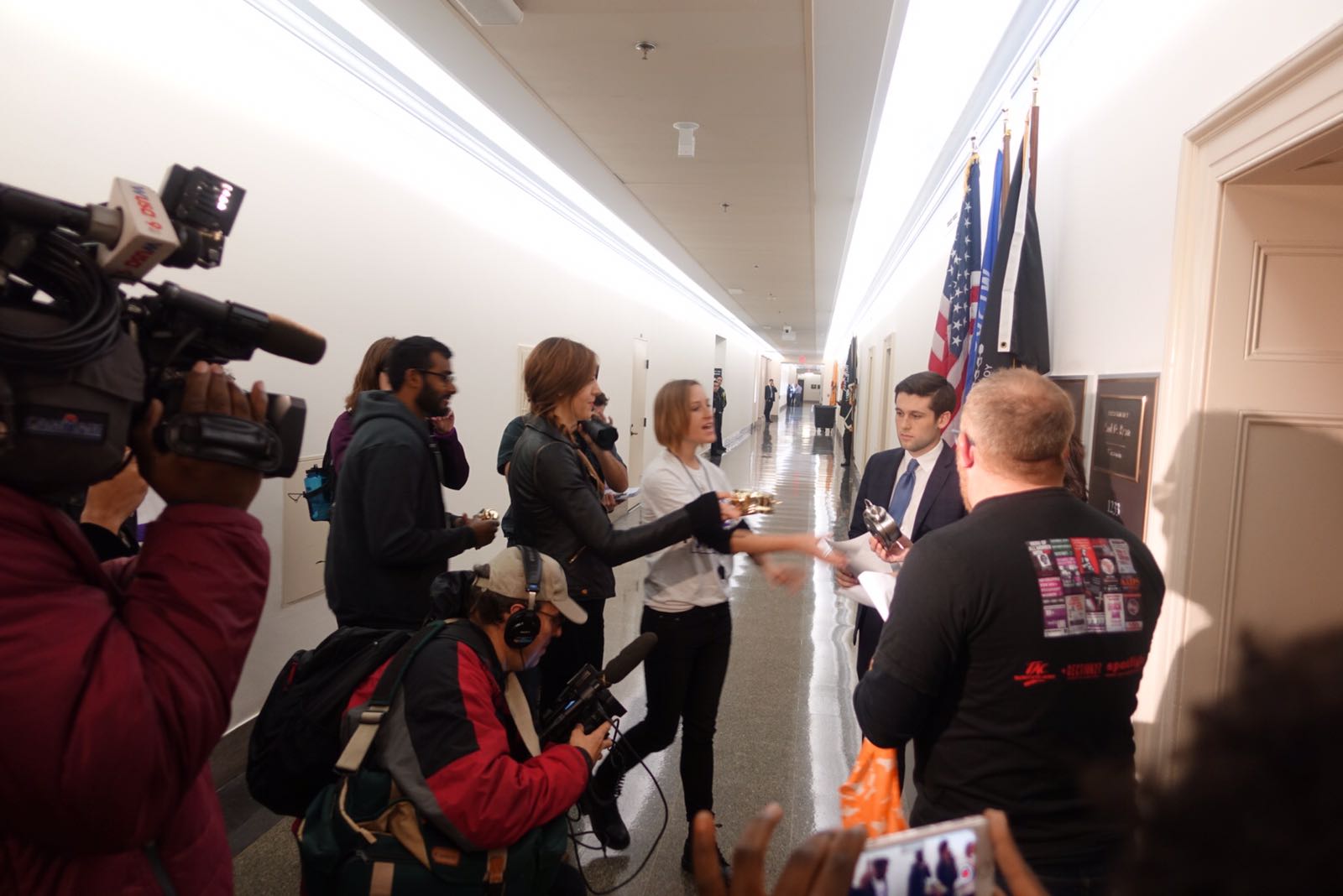 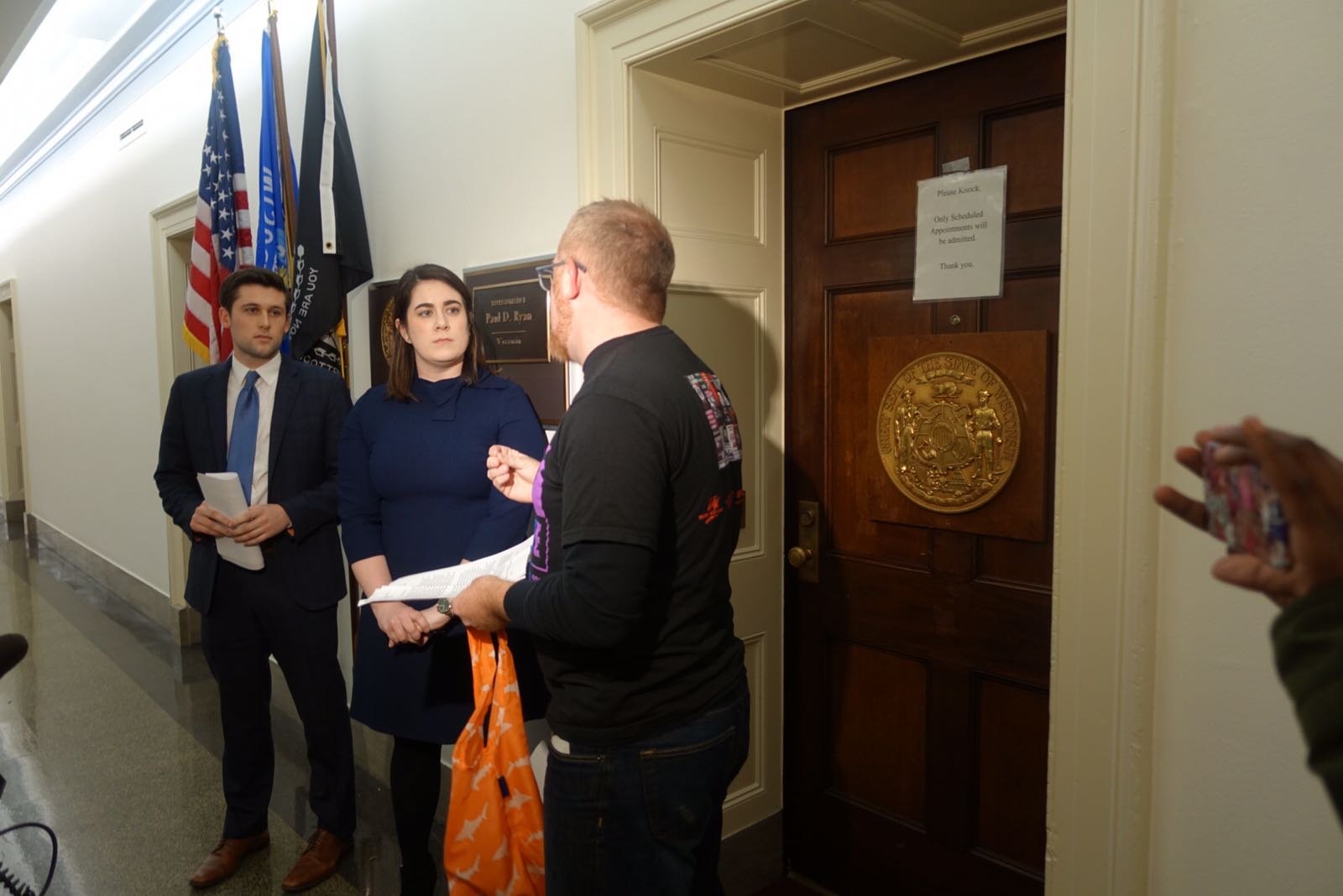 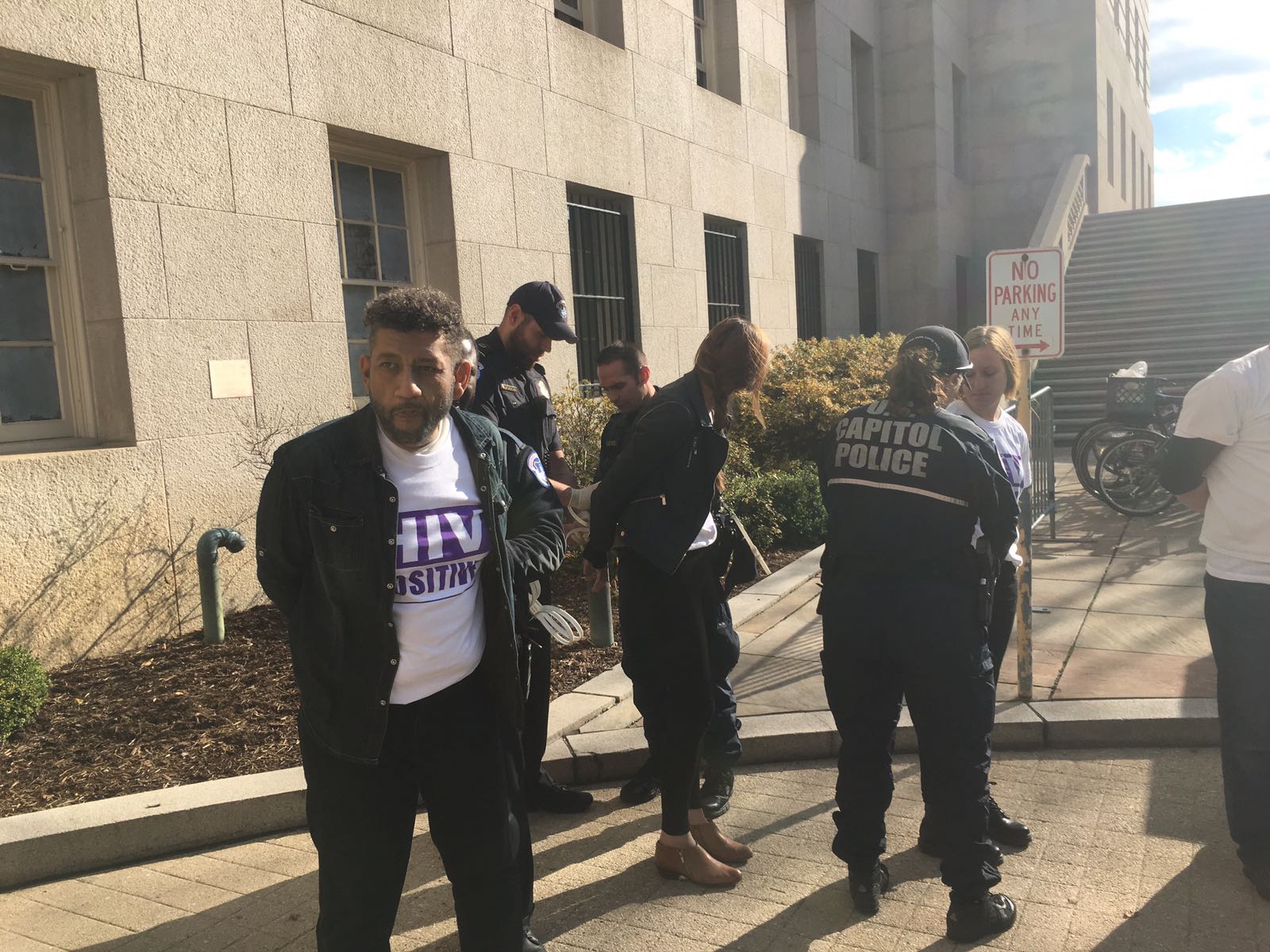 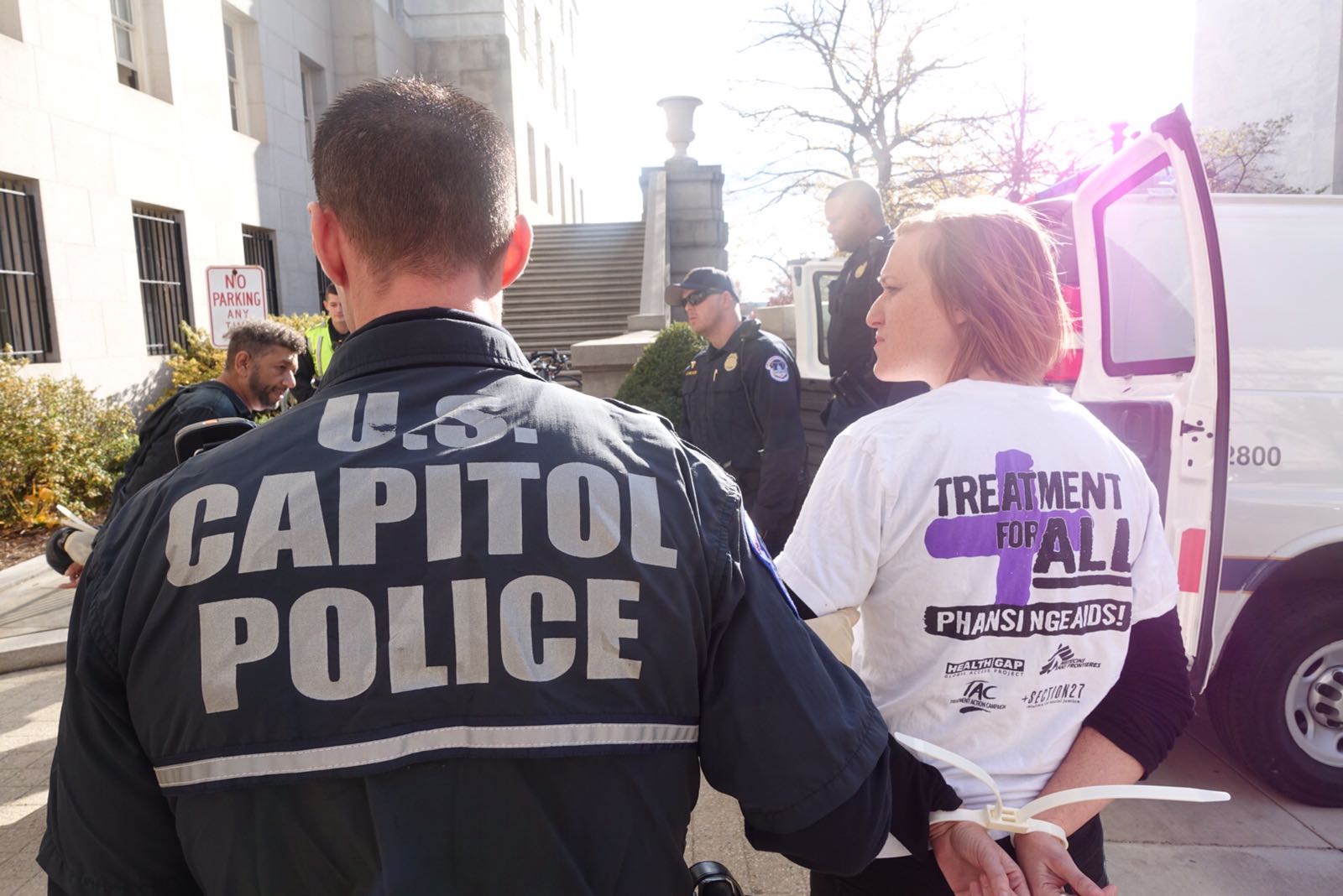 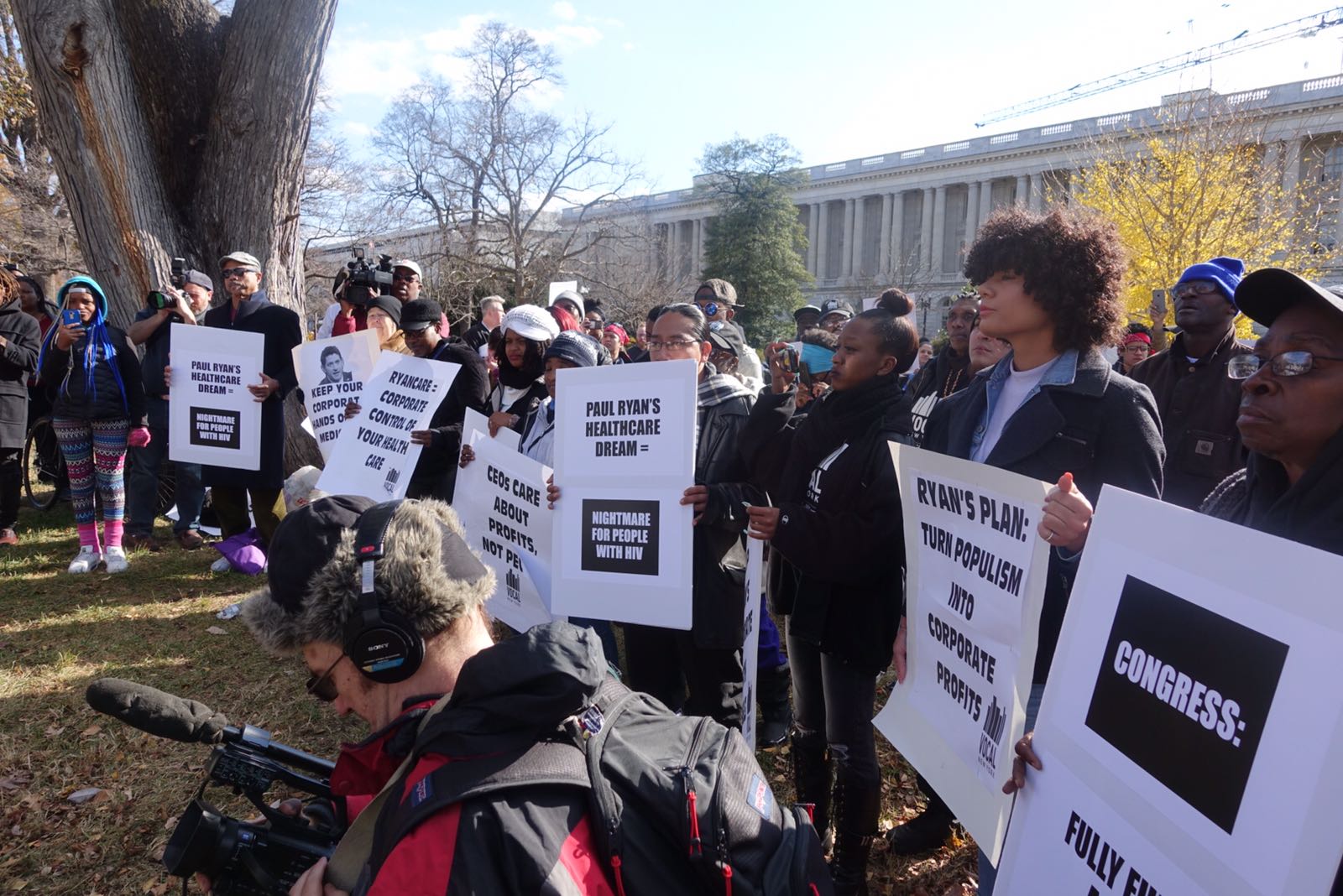 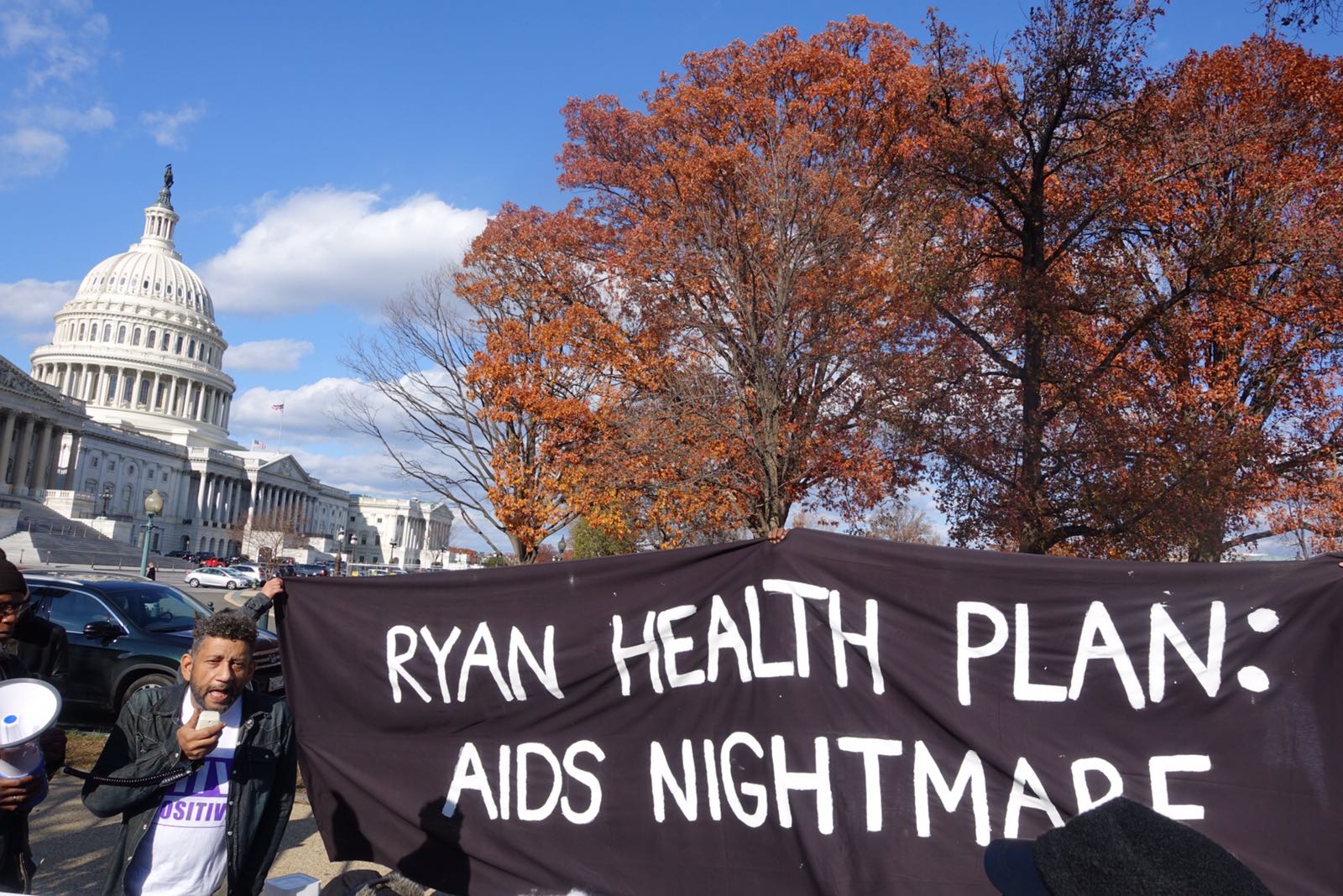 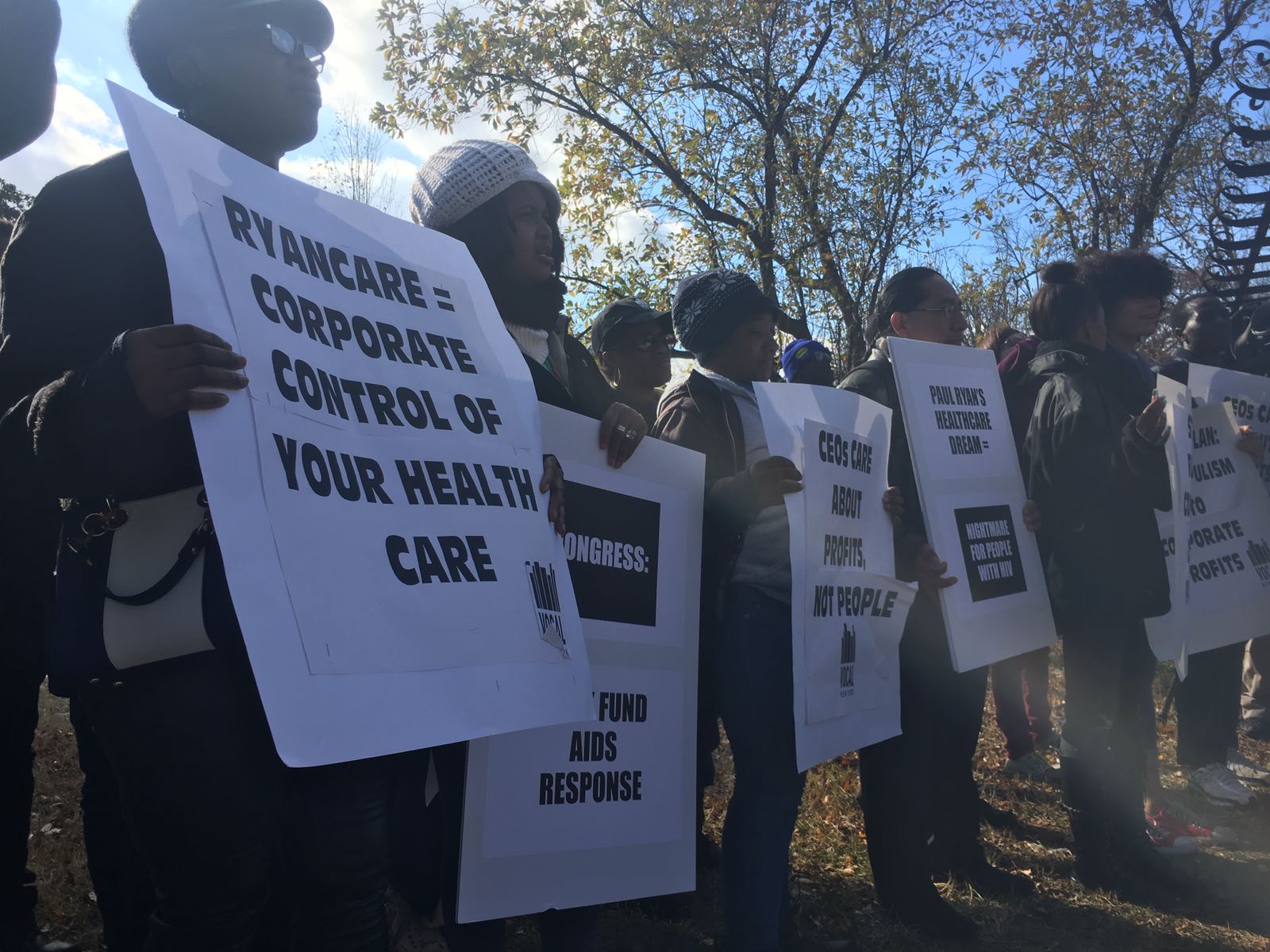 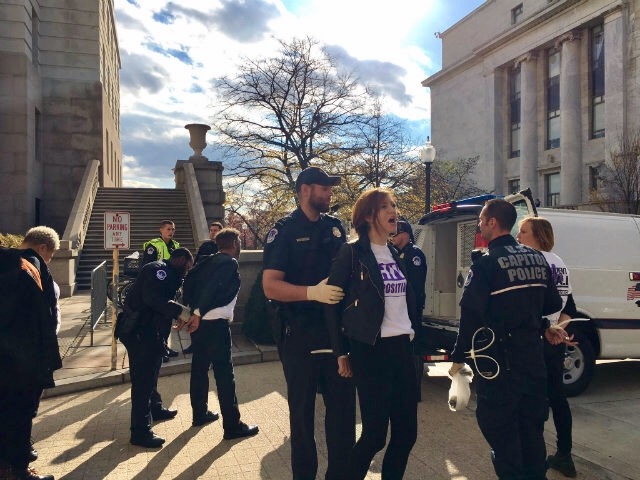