Raising the stakes for PEPFAR accountability

For the last three weeks Health GAP has been working in Johannesburg with activists from across Africa, and elsewhere around the globe, in meetings where the United States President’s Emergency Plan for AIDS Relief (PEPFAR) determines how it will spend billions of dollars on HIV and TB programs through Country Operational Plans (COPs) for 2019. These meetings are used to develop annual plans that start with a detailed review of the state of the country’s response to the epidemic and current HIV program performance, establish targets for HIV treatment and prevention, agree on priorities and allocate the budget accordingly, and more. PEPFAR staff, and representatives from national and global civil society, recipient country governments, and multilateral organizations including the Global Fund to Fight AIDS, Tuberculosis and Malaria, the World Health Organization and UNAIDS, are all around the table.

We use these meetings as a focus for activism because they unlock an unparalleled opportunity to increase PEPFAR’s accountability to people living with HIV and their communities—by subjecting PEPFAR’s priorities to the scrutiny, evidence, and demands of the people whose lives and health depend on the quality and availability of the services the program supports. PEPFAR is the largest sole source of funding for the global HIV response and is the majority HIV funder in many countries—making it even more critical that PEPFAR funding is programed with communities at the table.

This year, the delegation of civil society has been bolder, better prepared, and larger than ever before. Wherever activists were, they were able to win important shifts in priorities, budgets and targets. But the stakes are higher than ever before, too: this year more countries than ever before, including Tanzania, Mozambique, South Africa, Kenya and Botswana, are facing major threats of funding cuts as a result of poor program performance and insufficient funding from the U.S. Congress.

With the three weeks of COP 19 planning meetings behind us, here are key outcomes, themes, and threats that have stuck with us:

1) The costs of flat funding are devastating.

In all countries, COP 2019 gave activists expanded visibility into what flat funding from US Congress is doing to PEPFAR’s impact. For example, in Malawi, activist pressure secured increased investment in community nurses—but insufficient funding means demand will far outstrip availability. In Zimbabwe, insufficient funding means that a yawning gap in the availability of condoms will persist, undermining prevention efforts. In Uganda, activists secured a commitment to further expansion of the target for point of care early infant diagnosis (POC EID) testing—but only if savings could be found in the commodities budget. Point of care early infant diagnosis is a critical strategy for ensuring HIV positive infants are started rapidly on treatment, and should not be held back because of lack of funds.

Activist takeaway: We must win additional funding for the global AIDS response from US Congress in FY 2020 to break out of this vicious cycle–starting with $1.18 billion more for PEPFAR.

2) It is possible to win the reversal of broken promises.

In several of the countries with the worst PEPFAR performance, commitments that had been secured by activists in last year’s COP 2018 cycle were either not fully implemented or were flat out ignored by country teams. For example, South Africa committed to deploying 20,000 new health workers and 8,000 community health workers in priority sites in COP 2018 in order to ensure PEPFAR funding was concentrated on increasing access to lifesaving treatment and care—but PEPFAR had so far ignored that promise during implementation in FY 2019. These astonishing developments were the focus of activist pressure during COP 2019 planning meetings—and helped generate major corrective actions for COP 2019. Likewise in Mozambique, civil society helped secure several commitments in the 2018 COP, such as new community led efforts to improve dismal rates of retention in treatment and expanded PrEP access for all populations at substantial risk in Nampula and Manica provinces—but neither of these promises were fully implemented.

Activist takeaway: Watchdogging between COP approvals is critical to ensure pledges are kept on the front burner by technical and political decision-makers.

This year, activists in Kenya, South Africa, Uganda and Malawi launched “People’s COPs”—evidence-based demands for shifts in funding and strategies for the COPs. These reports, which were delivered to PEPFAR and national government decision-makers before and during the COP planning meetings, meant that civil society demands were literally taking up space during the weeklong meetings this year. During the deliberations in South Africa, for example, every day U.S. government representatives pointed out that the recommendations contained in the People’s COP should formulate the basis for major shifts in how the budget should be allocated for the next financial year. In both Mozambique and South Africa, activists used major indicators of poor PEPFAR performance as opportunities to secure new independent community watchdog mechanisms that will track availability and quality of services at the site and community levels. COP 2019 funding will be used to roll out these mechanisms, in order to begin to address grave prevention and treatment access inequities. Civil society in Côte d’Ivoire also sectured a community watchdog mechanism.

Activist takeaway: Using new tactics to strengthen advocacy towards PEPFAR can ensure that the demands of people living with and affected by HIV are taken seriously and acted upon.

Activists made major gains in COP 2019 planning in many countries towards reducing the number of people dying from TB—the leading cause of death among people living with HIV. Through scale up of TB LAM, a new diagnostic tool that is quick, easy, affordable, and proven to reduce mortality among people with advanced HIV, and scale up of TB preventive therapy for people with HIV, including commitment to procure 3HP—a regimen that taken for a shorter period of time, better tolerated, and is now proven to be safe to use with dolutegravir. Countries moving forward include Uganda, Zimbabwe, Namibia, Malawi and more.

Activist takeaway: Informed activism, rooted in science, can win lifesaving interventions that are proven to reduce deaths due to TB, and other leading killers of people with HIV.

5) In many countries, marginalized and criminalized communities are fighting back.

People who use drugs, men who have sex with men, trans people and sex workers were using COP 2019 to fight for progress wherever and however possible. In Uganda, civil society provided early signals that activists would insist on bolder service delivery targets and strategies for men who have sex with men, sex workers and people who use drugs in COP 2019. As a result, targets increased in the 2019 COP and the outspoken leadership of communities helped ensure that PEPFAR and the Government of Uganda embraced this new ambition. In Ukraine, activists advocated for expansion of testing and prevention for men who have sex with men, including access to PrEP and expansion of multiple tests alongside HIV, in order to bring in those reluctant to be seen as being tested for HIV. In Côte d’Ivoire, communities successfully defended investments in key population prevention and testing. Meanwhile, while civil society pressure helped secure a promise by the Tanzanian government to prohibit forced anal exams, already government appears to be reversing this pledge—requiring more pressure. And, in Mozambique, activists only had time to start scratching the surface of a serious discussion about how to transform the key population program—because poor overall program performance has created a crisis that is threatening the approval of COP19 altogether.

Activist takeaway: PEPFAR still lacks robust and strategic service delivery programs for key populations in far too many countries. Community-led implementation approaches are urgently needed to close access gaps and protect the human rights of communities that are marginalized and criminalized.

6) Activism is still critical for accelerating access to better medicines.

All PEPFAR supported countries have committed to switching to use of dolutegravir as part of first line treatment. Dolutegravir-based regimens have been proven to be more effective, easier to take, and have fewer side effects than alternative regimens. During COP 2019 planning, activism helped accelerate dolutegravir transition timelines for some countries, from the Democratic Republic of Congo to Ukraine. For other countries, timelines were still far too slow, and there are stubborn barriers preventing women under age 45 from getting access. For example, Zimbabwe is moving slowly as a result of an overstock of efavirenz-based regimens; in Tanzania and Uganda women’s access to dolutegravir is contingent on a health worker obtaining written informed consent—which is actually creating a barrier to access. Currently in Mozambique, virtually all women and girls are barred from taking dolutegravir, unless they are transitioning from nevirapine.

Activist takeaway: Vigilance is needed now to ensure dolutegravir transition moves as quickly as possible, and that all people have the choice to access dolutegravir, including women and girls under age 45.

But perhaps the most important lesson of the COP 2019 planning process so far, is that nothing that has been accomplished so far can be taken for granted as a victory—we must continue to track these promises every step of the way—and hold PEPFAR, national governments, and the Global Fund accountable for their obligations to people living with HIV and their communities. 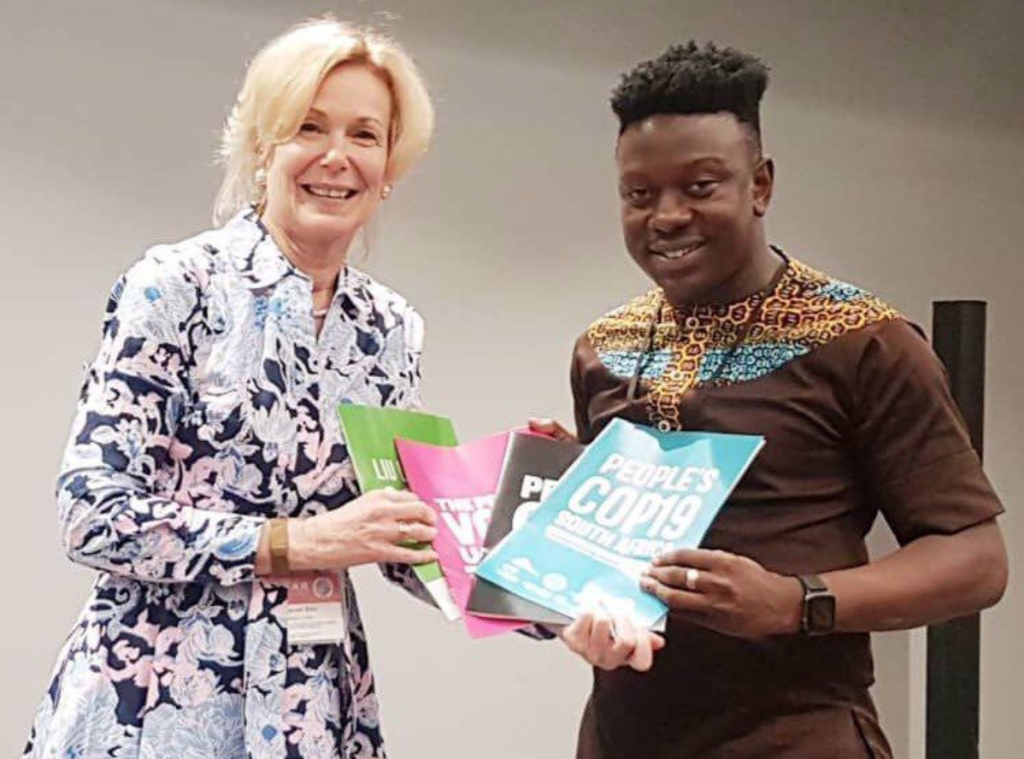 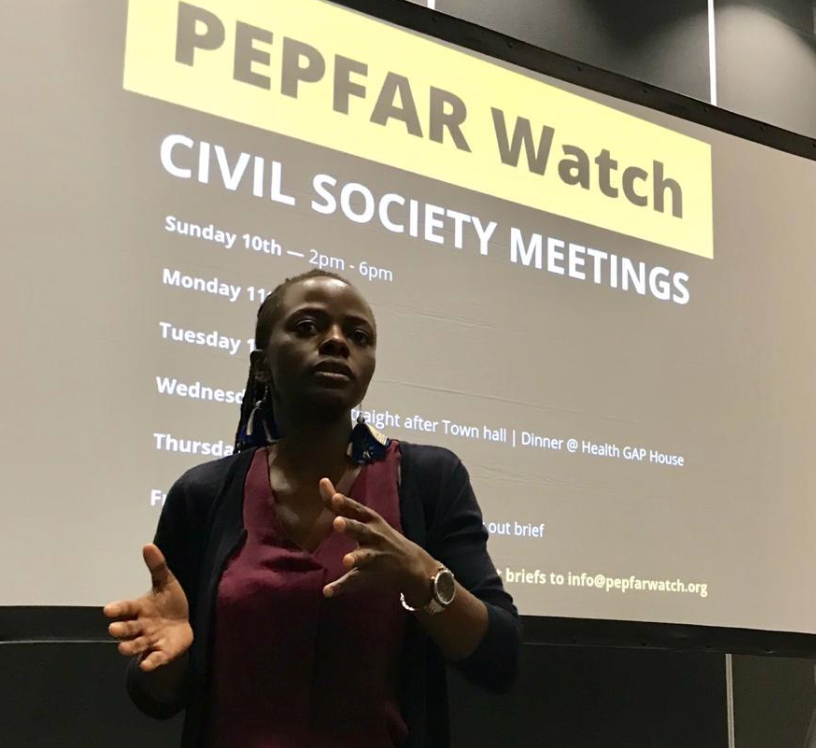 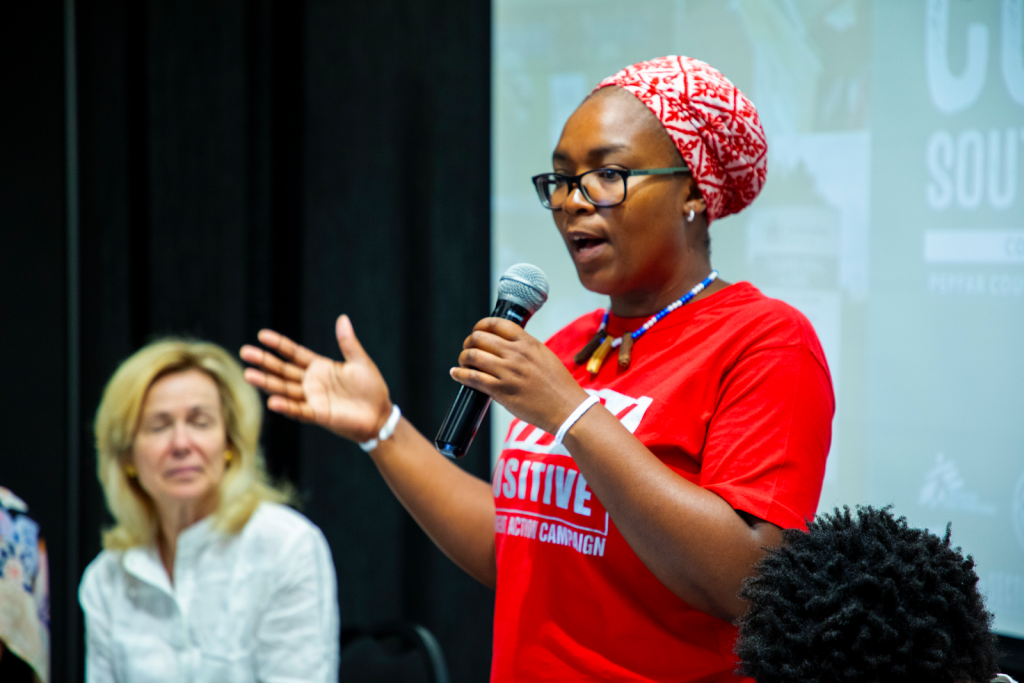